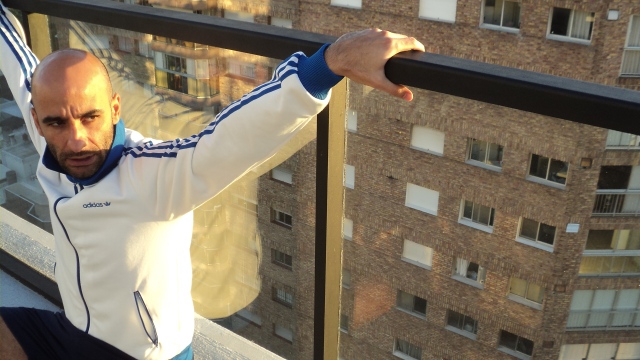 Cristian Duarte is a dancer and choreographer trained in Advertising and Creation, Mackenzie University/São Paulo (1997). For over 15 years he has been dedicated to projects and creations in contemporary dance. He was a collaborator of Estúdio and Cia. Nova Dança between 1995-2000/São Paulo. In 2002 he graduated from P.A.R.T.S. – School directed by Anne Teresa de Keersmaeker (Belgium) as a scholarship holder by CAPES/ApARTES program from the Ministry of Education of the Brazilian Government. He has been creating and producing his own projects and collaborates with artists from Brazil and Europe. From 2007 to 2011 developed the work plataform DESABA in collaboration with Thelma Bonavita in São Paulo. In partnership with Paz Rojo (Madrid) facilitates, coordinates and produces the work frame “a piece…together?”. Currently he presents his new solo creation “HOT 100 – The Hot One Hundred Choreographers” and coordinates the artistic residency project LOTE #1, subsidized by “11º Programa Municipal de Fomento à Dança para a Cidade de São Paulo, Secretaria Municipal de Cultura”.

One of the characteristics of my artistic practice has been the constant flow of ideas, places and people.
More than an artist, I consider myself as a producer of conditions. Creating contexts to test new textures, methodologies and practices, besides enabling my reality of an autonomous dance professional, navigating among differences, contrasts and contradictions.

I understand dance as knowledge production and, I like to think of creations as opportunities to promote challenges and intriguing collaborations, as well as a mechanism to reflect and discuss about my surrounding.
I like to think in transformation, multiplication and dissemination of ideas, contents and practices.

other image by Annick Donkers